In the city where I live, there has been some controversy generated by a tolerance campaign started by a gay advocacy group. I was discussing it with my sister, with whom I agree 99% of the time, and said I would like to see homosexuality go back into the closet. She admitted she is soft on the issue and was put off by my use of the term "deviant" because of the negative connotations.

If you are gay and you're still reading, I appreciate your open-mindedness and the opportunity to explain myself better than I did to my sister. I believe it is possible to be compassionate in the private and have public standards that are not tolerant of expressions of sexuality of either the hetero- or homo-sexual sort. I don't want gays to go back in the closet in fear – rather I want them in the closet out of modesty and discretion as is my own heterosexuality. True, I wear a wedding ring, but otherwise there is no public display of what is happening (or not) in my bedroom.

Do I believe homosexuality is immoral? No, not in the strictest sense. I have known gays who were undeniably born gay and I have known gays (lesbians) who understandably chose to be homosexual due to some horrific interactions with the opposite sex. I have been friends with both sorts and have great compassion for them. However, I'm pretty sure the lifestyle is unhealthy (physically and otherwise) and that they wouldn't wish their experience on anyone else, especially any offspring. 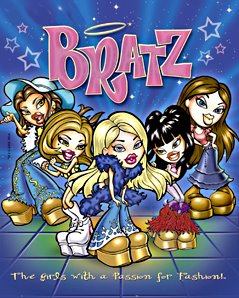 So, what am I advocating for public standards? I think society benefits most from the ideal of man/woman marriage and childrearing. I don't think it is good for us to know what Jim McGreevy was doing while his wife was recovering from a C-section. I don't think it is good for young girls to be hyper-sexualized with Bratz dolls and revealing clothing. I don't think it is funny for John Stewart to ask Dennis Miller if he would rather "do" Hannity or Colmes. Our public standards of decency have been dumbed so far down that our only criterion for judging whether or not people qualify for marriage is whether or not they love each other. So, do polygamists qualify as long as they love each other? Plenty of men can love more than one woman and vice versa. What about incest? If you think this is a stretch you should research the case of the brother and sister in Illinois trying to escape prosecution with this argument.

I use the term "deviant" because it is descriptive. I don't mean to hurt homosexuals with the term. I just don't know of a better way to describe the tragedy that is homosexuality. I have my own in-born and learned flaws, but I thank God that I do not have the burden that homosexuals bear. Like alcoholism or personality disorders, homosexuality is tragic for the individual and the family that loves them. Let's validate each other's humanity (not necessarily our private behavior) while advocating the highest public standards.
Posted by The Western Chauvinist at 10/04/2006 No comments: