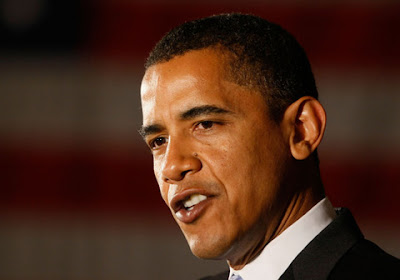 This is my president. 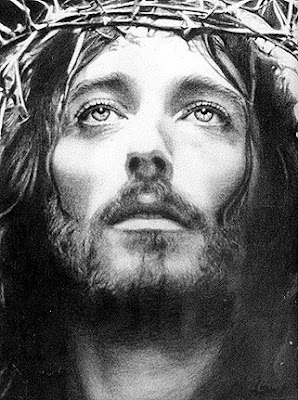 This is my Savior.


One of them is wrong on Life.

The Other gets to judge.

How else do you explain Obama's embryonic stem cell research decision wherein human embryos, or as The Anchoress calls them, “lives less obvious”, become the enemy? I just want someone who agrees with Obama's decision to explain why this is necessary given: 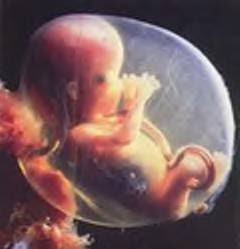 The only answer seems to be that embryos – and even older in-utero children – are the enemy. Enemies to be destroyed at every opportunity – in the petri dish, in the womb and up to and including infanticide in the form of partial-birth abortion. The argument that only government can afford to fund projects leading to “miracle cures” is becoming – ahem – more difficult defend with each new trillion dollar “stimulus” package. I don't think the feds can afford the paper our money is printed on anymore. And I can name plenty of innovations and cures that weren't funded by the feds. Did you know the research leading to the polio vaccine was funded by the private charity, the March of Dimes? 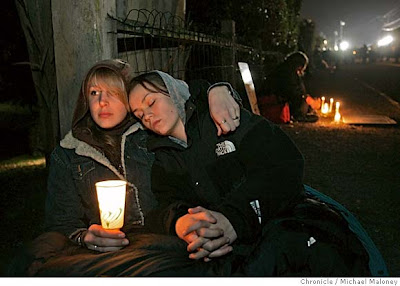 Tookie Williams viciously murdered a Korean family - but, but (whine) he wrote children's books in prison!

While we're critiquing secular humanists for their anti-human positions, how about their sympathy for killers of all persuasions – terrorists and murderers? I hear the lawyers arguing for “fair” trials within the American judicial system for the Guantanamo “detainees”. We need to send 900 million dollars to Gaza to “rebuild” Hamas? Because common sense tells us that even if we don't send the money directly to Hamas, the fact that they won't need to fund repairs to roads, schools and hospitals means they'll have, oh, approximately 10 million to rebuild “defensive” tunnels they can use to import 890 million dollars worth of rocket parts. And what's with the candle-light vigils for murderers about to be executed? And now New Mexico and soon Colorado are overturning their death-penalty laws. The sympathy is always for the murderers, never for the 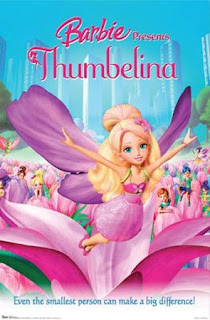 Or how about the humanists advocacy of population control for the purposes of saving the planet? “For whom?” one is tempted to ask. People are pollution. Haven't you heard? For any youngsters who need convincing, just have them watch Wall-E or read the Dr. Seuss rip-off “The Wumps”. Even the Barbie movies offer the new enlightenment. Barbie's new 'Thumbelina' is a morality tale about stopping a factory from being built to save Thumbelina's people (non-humans). Break out the magic unicorns! The only human progress humanists are interested in is human progress toward extinction.

And thanks for all the utopian dreams in complete denial of the human condition and the related policies which strangle the life out of the ambition and human endeavor of formerly free people. Don't you see, it's the “vision thing”? It's all in the Vision, man.

More strikes against the American republic by Democrats today:

U.S. to blame for much of Mexico violence: Clinton
(Reuters)

As if violence perpetrated by Mexican drug cartels isn't because Mexico is a failed state run by corrupt politicians and their enforcers. Mexico can't or won't even keep large portions of it's population from migrating to America to find work. Only the dying American economy can do that! Oh, and you won't miss the rationale in the article for the coming massive federal gun control. Apparently the cartels having taken to terrorist style beheadings - using smuggled guns, night-vision goggles and body armor?

Dollar dips on Gheitner's 'loose talk'
(Financial Times)
Here's an idea! Let's "reduce our reliance" on Gheitner to be able to head up the Treasury and fire his "grad student" a**! He should take his boss' advice and not say anything until he knows something about it.

Clinton: N. Korea Plan to Fire Missile 'Provocative'
(FoxNews)
While the North Koreans are loading up the launch site, Hillary says, "This provocative action in violation of the U.N. mandate will not go unnoticed and there will be consequences." I'm sure she's drafting a strongly worded letter as she speaks! And you know, the North Koreans are weally weally afwaid of Pwesident ("missile defense an unproven technology") Obama and Hillawy. I'm sure Dear Leader doesn't want to displease the Dear One.

As always, don't forget. Democrats love America just as much as you do!
Posted by The Western Chauvinist at 3/25/2009 No comments:

As in - what have the Obama administration and Democrats hit the American Republic with today.

U.S. bill seeks to rescue faltering newspapers
(Reuters)
Gee - think there's any conflict of interest in the government propping up news agencies responsible for reporting on the government? Actually, this may not be as bad as it sounds. It would be more honest if most newspapers operated under the same rules as NPR. They wouldn't have to keep up this absurd pretense of objectivity.

EPA Raises Heat on Emissions Debate
(The Wall Street Journal)
That's right. The EPA is recommending the government regulate CO2 as a pollutant. That's the same CO2 you release into the atmosphere every time you exhale. Hm. The new green bumper sticker: People are pollution!

Oh. And don't forget. Democrats love America just as much as you do!
Posted by The Western Chauvinist at 3/24/2009 1 comment:

The Lost Presidency of Barack Obama

It is tragic really. I know it is early to be making such a claim. But, the missed opportunities and lost potential are so disheartening.

Imagine if, during the transition phase, Obama's team laid out a plan to address the banking crisis. Let's say they planned a way to get the banks' toxic assets off the books. I'm not an economist, but I've heard and read several speaking on this as key to stabilizing the banking industry. I'm not saying the economy wouldn't have taken a dive. I'm saying a restoration of confidence by virtue of a plan to address the heart of the problem might have made the dive shallower and shorter term.

Imagine if, rather than allowing the widely despised demagogues Nancy Pelosi and Harry Reid to devise a spending package having almost nothing to do with stimulating productivity and economic growth, Obama's team had proposed a package including a tax holiday and supportive of small businesses. And then imagine the bipartisanship!

Imagine Obama proposing a quick-response regulatory agency which would have the job of assessing innovative financial instruments and advising Congress. Contrary to the claim Democrats love to make about this crisis being the fault of Republican deregulation, the real problem is virtually no regulation on new-fangled loan instruments devised by, shall we say, “creative” bankers. As the joke among economists goes, “a good regulator is only one crisis behind”.

Imagine if Obama had warmly welcomed Gordon Brown and kept the protocols of past presidents when greeting one of our strongest allies. How about a celebratory state dinner? How about gifts that were thoughtful? How about keeping the bust of Winston Churchill in a still prominent place if Obama didn't want it in the Oval Office? How about some graciousness – let alone common decency. Giving a nearly blind man a box of DVDs incompatible with British DVD players is appalling.

Imagine a president standing up to our long-term enemies in Russia, North Korea, Iran, Syria and China? How about securing Poland from Russian tanks rolling across her plains? How about working with the Chinese to convince them of their self-interest in containing and eventually dismantling the North Korean concentration camp, rather than begging them to continue funding our ever expanding debt? How about loudly proclaiming our permanent alliance with Israel and warning anyone who messes with her that they will feel the full force of American wrath?

Imagine a president restraining his impulse to fix the environment, education and health care until the financial sector stabilizes, rather than “taking advantage of the crisis.”

Well. I guess we can imagine anything, but in this case, we're imagining a Republican president. Not Barack Hussein Obama. 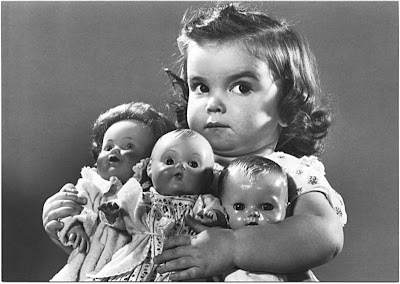 I touched on greed versus self-interest in my post about Confidence and Objective Moral Standards, but Sheldon Richman is much more thorough in his piece The Goal is Freedom: All About Greed at the Foundation for Economic Education. And his commenter William Reed provides great clarity:

Our vice president (Joe Biden for the majority of Obama voters who don't know) told us so.

Finally! Conservatives can legitimately claim liberals aren't patriotic - by their own standard. See Obama's list of nominees/appointees who don't pay "their fair share of taxes":

Did I miss anyone? I'll keep a space open for future appointments/updates. No wonder Democrats don't mind raising taxes on the rich - only rich Republicans pay them.