Circumcision, Marriage and a God-Ordered Universe: Why the Right Should Never, EVER, Align With the Left on Social Issues 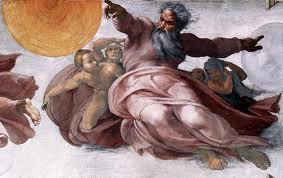 What I'm about to express may seem like a theological argument. It is really the background for the political positions I hold, which I believe are well-aligned with the live-and-let-live conservatives and libertarians on the right, even though we may not share anything in common theologically. I'm going to give an orthodox religious view, in my case Roman Catholic, on the timely and controversial issues of circumcision, which the Left in San Francisco is working to prohibit, and marriage, which the Left nationally would like to redefine to include same-sex partners.

These issues are two of the battlefronts of the cultural war the Left is waging on the orthodox religious, with only the life issues drawing more blood – literally. I contend that in a highly advanced Western society based upon Judeo-Christian values and exceedingly tolerant of homosexuals, the attempts by the Left to order the universe according to its image of perfection is not about tolerance and social equity. It's about coercion and thought control, which are the hallmarks of the totalitarian temptation to which the Left routinely succumbs.

Before I give the orthodox explanations for the practices of circumcision and opposite-sex marriage, let me say I'm very understanding of people's view, on the left and the right, that these traditions are antiquated, if not barbaric, given I spent the first two-thirds of my adult life as an atheist liberal. I only ask that we remember the cultures which formed these ideas are the progenitors of the society in which we are very fortunate to live. And I ask, if we think of ourselves as being on the right, to please remember our commitment to defend the right of orthodox believers to hold these beliefs, whether we ourselves share them or not.

These covenants are manifested in multiple signs:
Without putting you through a nine month Bible study, I hope it is apparent how essential, foundational really, are the signs of God's promises. Marriage is the first relationship established by God. Circumcision is the price of entrance into God's family. Orthodox religious believe God ordered the universe in this way for His purposes.

You may be wondering, why circumcision? It was the practice of the Hebrews at the time of Abraham to seal an important contract, a marriage covenant, for example, with a blood sacrifice. The families joining in the covenant would split sacrificial animals from nose to tail and lay the pieces on either side of a pathway, which was then traversed by the patriarchs of each family to signify the seriousness of the promise being made. If either party broke the covenant, it would be as the sacrificial animals – bloody and dead.

Circumcision is a splitting of the flesh. God made a three-part covenant with Abraham and commanded that the sign of that covenant be forever carried by the men of Israel. To not circumcise one's son would be to break the covenant with God, or to not have the child enter the holy contract at all. It's asking too much of an orthodox Jew to forgo the practice. Prohibiting circumcision is a direct assault on religious freedom.

On the other hand, same sex marriage is an indirect assault on religious freedom, but an assault nevertheless, because rather than a prohibition of religious practice, it is an attempt to co-opt an institution the orthodox religious view as instituted by God. For this argument, I refer you to Matthew Chapter 19, which is Jesus' teaching on marriage.

By this point in the narrative, the Pharisees want Jesus dead. They set a trap by asking him if a man may divorce his wife for any cause whatever. Jesus responds,


“Have you not read that from the beginning the Creator 'made them male and female' and said, 'For this reason a man shall leave his father and mother and be joined to his wife, and the two shall become one flesh'? So they are no longer two, but one flesh. Therefore, what God has joined together, no human being must separate.” (Mt 19:4-6)

There are several layers of importance in these verses. First, Jesus is quoting from Genesis at the establishment of the institution of marriage by God. Second, he is referring to the natural order and procreative nature established by God. And third, he is affirming the covenant nature of marriage and how divorce was not part of God's original intent.

The Pharisees then ask why Moses gave a command allowing for divorce. Jesus refers again to God's intent at the original establishment of the institution of marriage, he explains that the Hebrews were excepted because of the hardness of their hearts, and he presses the point home by saying anyone who divorces and remarries is guilty of adultery, a violation of one of the Ten Commandments. At this point, his own disciples are concerned about the seriousness of the covenant and suggest it is better not to marry at all. And this is where Jesus' teaching gets really interesting for our purposes. He says,

The notes of my study-Bible say that Jesus is talking about eunuchs in this verse, but he was speaking before the idea that homosexuals might want to marry was even conceivable. His teaching could easily be universally applied to anyone who is incapable of entering a procreative sacramental marriage. But, what about infertile couples, you ask? I think intent counts in this case. Very few infertile couples enter marriage knowing they're infertile, and certainly none did during Jesus' time. The vast majority enter marriage having accepted “this word”.

Same-sex marriage is a social innovation promoted by the Left. This, alone, should make anyone on the right wary. In a Judeo-Christian society where homosexuals are not only not ostracized or abused, tortured and murdered like, say, in Arab Muslim societies, but are our neighbors, friends and family and have access to most of the same legal protections as heterosexuals, if pursued through powers of attorney and such, tolerance is not the issue. What gays want through same-sex marriage is approval. Tolerance is a behavior, but approval is a belief. Advocates of same-sex marriage don't want us to change our society's behavior toward gays. They want us to change our thinking. If you understand the orthodox explanations I gave above, you'll understand why orthodox religious people consider same-sex marriage coercive. Freedom of conscience is at stake.

I predict there will be dire consequences to tampering with the foundational cultural institutions of our society, even if these innovations “don't affect my marriage” – a specious and narcissistic argument, at best. Already Catholic adoption agencies are being driven out of business because they refuse to adopt to gay couples. Here's a question for the social equity crowd. If an adoption agency has two couples contending for the same child and, all else being equal, one couple is gay and the other is straight, should the agency be allowed to discriminate on the part of the mixed gender couple? Why or why not?

When same sex marriage is considered as equal in every way to male/female marriages, what happens in state-run education? Do the teachers read Johnny Has Two Daddies or One Dad, Two Dads, Brown Dads, Blue Dads to the class as an exercise in “tolerance”? I'll take my children out of public school on that day, because this is a perversion of my religion. If, that is, the Left hasn't already outlawed home-schooling.

When same sex marriage is established on the well-intentioned vision of a universe ordered by man, will priests and ministers be free to teach from Matthew 19? Will they be allowed to teach a God-ordered universe? Don't scoff. Ministers in western European countries are facing prosecution for such things. Hate speech, as Mark Steyn well knows.

If conservatives agree that life is a series of trade-offs, what will we be trading for blowing apart the standards for marriage which Jesus taught? Do homosexual couples teach a standard to their children? Do they want their children to have heterosexual relationships or are all relationships equal? If even we on the right can't agree to fight to preserve the ideal of covenant marriage, I'm pretty sure we'll find out.
Posted by The Western Chauvinist at 6/24/2011 10 comments: