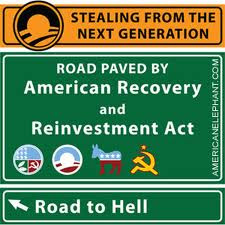 The road to Hell is paved with good intentions.

The original aphorism seems to have been, “Hell [itself] is paved with good intentions,” which is often attributed to St. Bernard of Clairveux, a doctor of the Church. Isn't it fascinating that in this formulation, good intentions aren't so much along the route one takes to Hell, but a sign that one is already there?

I once told a campus missionary she should avoid “God-talk” if she wants to be understood by the youth she aims to convert. Now I'm going to illustrate the point by explaining the problem with good intentions in a way only some in my audience will fully understand.

God, in the person of Jesus Christ, calls us to empty ourselves or die to oneself to make ourselves hospitable vessels for the Holy Spirit to indwell. We are to minimize the Ego, but being fallen humans, it is very difficult, if not impossible, for us to eliminate Ego altogether. However, when we succeed at hosting the Holy Spirit, good fruits are in abundance – with no regard whatever to our intentions.

Blessed are the poor in spirit,

for theirs is the kingdom of Heaven.

Jesus is The Way, The Truth and The Life. “Period. End of issue.” - to borrow a phrase from my second-favorite Jew, Dennis Prager.

Practicing Christians are now dismissed. Lesson over. Go in peace to love and serve the Lord.

“See you same time next week. Don't forget your assignment!...”

I now resume explaining, while limiting the “God-talk,” for the unbelievers. Please take your seats. 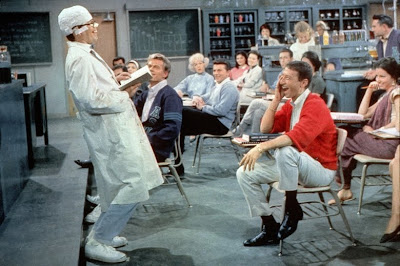 Let's analogize using the “virtue bank account” or “VBA.” The VBA is like the Hotel California (you can check out, but you can never leave) in that you really only want to make deposits. If you withdraw from your VBA, you are behaving in un-virtuous (in God-talk, “sinful”) ways. It is like the Hotel California in one other way... it is a death-trap.

See, tracking the balance of your VBA is all about YOU. It is about your virtue and your self-regard and your status among your peers. It has very little to do with actual goodness - for the love of God! Good intentions are its currency. And this particular currency is worth-less. Not worthless, but worth less than good results (fruitfulness in God-talk).

Example One. Let's say you worked for the government advising the president in a time of terrible economic hardship for the country. And let's say you had the idea to devise a system which would provide financial security for retirees. Let's call your plan Social Security. The plan would have workers pay into the system over their lifetime of work and then make withdrawals upon retirement. Theoretically, most people would end up withdrawing about as much as they deposited and any overages would be covered by revenue paid in by current workers. This seems to work when the ratio of workers to retirees is six or seven to one. Not so much when the ratio gets down to two to one or lower. Good intentions? In abundance! Unsustainable? You betcha! In God-talk, we'd call this plan a “false-promise.” For our purposes, let's call it a Ponzi scheme.

Example Two. Let's say you worked for the government advising the president in a time of terrible economic hardship for the country. And let's say you had the idea to devise a system which would provide health care for everyone... Oh, wait. We've already done this one... let's see, um – massive sovereign debt and unfunded liabilities... check, false promises... Ponzi scheme... check, check, increased suffering of innocents... check... net evil... check.

Example Two Redux. Let's say you want to do your part to care for the environment. In God-talk, this is called stewardship. Good intention? Check. You're convinced that recycling is a commonsense way to decrease the demand on limited resources. You decide to diligently recycle your newspapers to save the trees (Is recycling utter rubbish?)! What if the net effect of your recycling actually uses more non-renewable energy resources (oil) than the resources it saves (renewable trees)? What if transportation energy to haul your papers to the recycling plant and manufacturing energy to transform your waste paper into something usable is less efficient than the transportation and production of the newspaper in the first place? This is hypothetical, because frankly, I don't know the truth, but neither does anyone else. But, for the sake of argument, lets say the net effect of your good intention is increasing demand for and consumption of non-renewable fuel, the production of which has been limited locally in a heavily environmentally regulated and decent society (the U.S.) by the activities of well-intentioned environmentalists, effectively increasing demand and consumption of fuel from despotic environmentally disastrous societies such as in the Middle East, Sudan and Russia, for example. Good intentions... meet road to Hell.

Example Three. This is subtler yet. Let's say you are an elderly parent on a modest fixed income. You live relatively comfortably in your own home, but the financial stresses of paying your bills and shelling out every month for your expensive prescription drugs keep you on edge. You don't make long-distance calls to your kids despite your desperate loneliness because you're afraid you can't afford the expense. You worry about putting five bucks in the grandkids' birthday cards. So, your adult children agree among themselves to each make a modest deposit to your bank account every month to ease your anxieties. You make an unsolicited promise to them that you're spending as little of the money as possible so they'll all get something back when you die. You're making deposits in your VBA.

Unfortunately, your kids still aren't getting calls from you and you're still desperately lonely. You're still worried about the prescription drug costs and even refuse to fill some prescriptions because you can live without the medications although you'd be more comfortable with them. Your kids hesitate to call you because they hear the same complaints from you as before... and the repeated promise of “return” on their investment upon your death. Your deposits into your VBA have accrued exclusively to you and contributed exactly nothing to the good on their accounts. They would rather have their parent be serene, content and grateful for their show of concern than have their parent dead and receive a portion of the inheritance which came at the expense of their parent's happiness and well-being. You have stolen their virtue.

The previous case is the best example of good intentions gone awry. A priest once told me, “your life is not about you.” “Well,” an unbeliever might ask, “if it isn't about me, what is it about?” This is harder to answer without some serious God-talk. Perhaps, for the unbeliever, the best answer is, your life is about the truth. The truth is, as an elderly parent, you should receive your children's' charity with grace, and then pay the grace forward by delighting in the gifts. Let your children accrue something worthwhile to their own VBAs as well as contribute to your happiness.

The truth is, you'd contribute more to the well-being of the environment by picking up litter when you see it (a good moral test for any action is to ask, “what if everyone did this?”) and insisting on local oil drilling (Ethical Oil, by Ezra Levant) and nuclear energy production than recycling your newspaper.

The truth is, neither you nor anyone else in the electorate should put your faith in or vote for politicians making false promises. You will not be spared struggle and pain by the federal government, or if you are, like the early recipients of Social Security, your consolation will ultimately come at great cost to people utterly innocent of the decision to implement an unsustainable Ponzi scheme, who will have paid into the system the better part of their working lives, who will receive nothing when the scheme becomes insolvent. Your secure retirement came from stealing other people's future. Sometimes, the truth hurts.

The answer to “what is my life all about?” is more succinct for the believer. My life is about The Truth. The Way. And The Life. Sounds simplistic, but as we've seen, it isn't. The “my life is not about me” Ethos is big and expansive and life-affirming. It is actually the “my life is all about me” Ethos and the fixation with one's VBA which is narrow, niggling and soul-killing.

Am I suggesting, because of my disregard for the VBA, we shouldn't practice the virtues – prudence, justice, courage, restraint, faith, hope and charity? Not at all. I am saying the type of virtue which accrues by pride in our good intentions into our VBA is counterfeit. Satan has a counterfeit for every aspect of God's Kingdom and this is no exception. When your life is all about you, Satan has lured you into a death-trap. In contrast, when you make your life about reflecting the love and mercy of Jesus (or if you prefer, the small-t truth), you are truly poor in spirit (humble) and will be received into the Heavenly Banquet (produce truly good results). You'll probably even get a taste of happiness here on Earth.

I see our time is up. Class dismissed.

For extra credit, watch the following video of Andrew Klavan and his dog, Virtue, on illegal immigration, titled, Imagine There's No Border. If you were paying attention, you already know where this road is going...