There is such a spirit of deception on the part of the mainstream media and the Left. Why don't our politicians address it?

Why can't one Republican say that the Democrat desire to raise taxes on the rich will have the consequence of lowering the federal government's intake of money (revenue)? And if George Bush raised spending in every department of the federal government (by anywhere from 6% to 60%), what do you think a Democrat will do? So, the Democrat's plan is to spend more and reduce revenue. How does that work for ya'?

The Left keeps screaming that education is way under-funded in this country – so start there. OK – has one of the highest per student expenditures in the country (average $10 k/year nationally) and is at or near the bottom of student performance. We've proven time and again that money isn't the answer and that is all the Democrats can suggest. Yeah – vote for them!

The Democrats aren't even honest enough to acknowledge that they have changed their minds about the Iraq War because the going is tough. Isn't there a 527 out there that can collect the audio/video of Bill and Hill, Edwards, Kerry, Reid, et al giving exactly the same reasons the administration gave for going to war? It was that started the policy of regime change in . Do the Democrats have no ideas on which they are willing to follow-through? And why can't Republicans get the message out there? 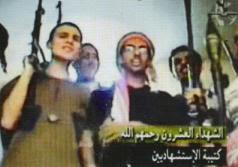 And what if we walked away from ? Let's pretend that there wouldn't be a bloodbath. Can the Democrats and the Left at least admit that the jihadists would be celebrating their victory? So, what motivates the Democrats to advocate for to lose this war? I can think of only one reason apart from treason. They believe this loss would permanently adhere to Bush and the GOP. So, they're basing their foreign policy on what will gain them politically – no matter what the damage to the . Repulsive.

I'm writing this as the Republicans hold their second debate, so I'm praying that this is all moot now. Hopefully our candidates are getting out the message. The Democrats preach covetousness (tax the rich) to get you to vote for them. They bear false witness against their opponents and even the American people; institutional racism is dead in and only the Left uses race as a political ploy. And perhaps worst of all – their hunger for power is so overwhelming that they would betray the Iraqi people, the American troops and itself. How can anyone, in good conscience, vote for the Democrats?
Posted by The Western Chauvinist at 5/16/2007