On Confidence and Objective Moral Standards

We hear a lot these days about restoring confidence to the markets. President Obama isn't making this easy with all his catastrophic talk. I mean that in both ways – talk of catastrophe and the catastrophic results in the markets and many American psyches every time he opens his mouth. But I think the problem is much bigger than the progressive agenda he and the Democrats are hurriedly implementing during the president's honeymoon. It is what they have already succeeded in doing to objective moral standards in this country – namely - eliminating them.

First, I need to explain what I mean by objective moral standards. I'm talking biblical values here. I mean the system of ethics characterized in Judaism and further revealed in Christianity by the love and self-sacrifice of Jesus. America, as a Judeo-Christian culture, has lived most of its history with a social order based on the Bible as the word of God. Not subjective. Not what each person feels in his/her heart is right or wrong. Rather, what the Bible tells us God will use as a measure to decide our eternal destination. This is essential to understanding the American character as distinguished from other Western cultures in the last century. Unlike the rest of the West, we didn't lose sight of our ultimate accountability to God. That is, until the ascendancy of the Left in the 1960s.

Since then, the rightness or goodness of behavior has become completely subjective. Each person gets to decide for himself what feels right. And the more tolerant one is has become the measure of one's goodness. So, for instance, to take a stand against public expressions of sexual deviance or even in favor of traditional values has become a moral flaw in character. And even worse, adherence to progressive values is almost compulsory for our young people. Since the Left took control of the education establishment, the media, the judiciary and now the government, what kid can stand for Judeo-Christian values against the onslaught of scorn and derision of his intolerance, which is the modern moral equivalent of mortal sin?

So, how does this relate to confidence? Confidence in our markets, our institutions – our human relationships is a matter of trust. It has a lot to do with predictability. Can I predict how you will respond in a given situation and on what basis will I make my prediction? One thing I never predicted was the arguments against free market capitalism because of this newly discovered dark facet of human nature called greed. I've even heard conservatives nodding and yupping about “greed on Wall Street”. To which I say – one man's greed is another man's self interest. Surely I'm not the only conservative who understood capitalism to operate on a foundation of enlightened self-interest. As a worker, my goal is to exploit my employer by getting the most possible pay for my efforts. As an employer, my goal is to get the most effort from my employees for as little pay and benefits as the labor market allows. We all know the game and therefore trust that the outcome will be fair. We can predict behavior because we know everyone in the game is playing by the rules of self-interest. There is an underlying honesty in free market capitalism.

Until the government arbitrarily changes the rules.

Govt: Yes, you banks have been doing fine making money by loaning money, but we think you might be red-lining certain racial groups [as if it isn't in banks' self-interest to earn interest off of “certain racial groups'” money], so you're going to have to loan money to people who wouldn't otherwise meet your standards of risk. Stop verifying their income and employment and raise the debt to earnings ratios you've imposed on the borrowers or we'll see to it you get sued for discrimination!

Banks: OK – we'll increase our risk as you request [demand/threaten], but we want some way to offset this risk that runs against our self-interest. So, you better find a way for us to sell-off these risky loans [to Fannie and Freddie which are conveniently backed by taxpayer guarantees] and make damn sure somebody wants to buy them [against their own self-interest].

Fan/Fred/SEC [or whichever govt. entity]: We'll bundle some good loans with some bad ones and slap a triple-A rating on them and sell them to some investors [dupes] because the risk to their self-interest will be lowered [less apparent].

Ta da! Government diddles with the free market self-interest driven system and WHAMO! Nobody can trust in anything anymore. See DJIA ticker since Obama's inauguration here.

The predictability of our social order lies in tatters too. Who would have thought even ten years ago that gays w 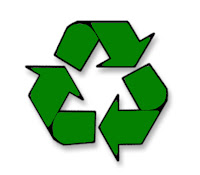 ould be fighting for same-sex marriage – and would be winning the fight by judicial fiat? Who knew environmentalism would be the new religion taught in schools starting in kindergarten? Who would have believed, when political correctness argued for civility in our discourse, it would end up doing such a disservice to truth, thereby decreasing the value of truth? I wasn't pleased by the election of Barack Obama in November, but I hoped he wouldn't be as bad at governing as conservatives predicted or as good as progressives hoped. Who would have guessed, that in just a month, he would offend or worry our allies, suck up to our enemies and trash the markets with his socialist economic policies? Do any of his friends have confidence in his ability to lead this nation? I think the only one with any confidence left in Obama is Obama himself. God help us.

Do we go forth with confidence? If we had anything left to believe in, that might be possible. But progressives have convinced a majority to “believe in yourself” and without objective moral standards, that really means "believe in nothing". Progressives win. America loses confidence and so much more.
Posted by The Western Chauvinist at 2/21/2009

You're covering the same ground as VDH. Great minds moving together.

His parting shot: "America does not have to be reinvented here or abroad."

But that is antithetical to the goals of the left.