A Letter to Sam's Club 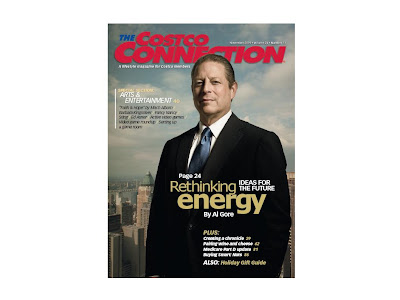 I'm baaack! I haven't been a regular Sam's shopper for, oh... at least several years. Pretty much immediately after the Costco opened right over the hill from my home. Yeah, Costco has everything going for it. It is more conveniently located for me; it has lots of yummy delicious products, many of which your store doesn't carry or does, but with lesser quality; it is a newer, less run-down building with better product presentation; and perhaps, most importantly, Costco always has managers at the check-out making sure the lines don't get too long. They staff each check-out with a cashier and what used to be called a “bag-boy,” making the wait consistently under five minutes. When is the last time a Sam's shopper could say that, if ever?

At this point you may be wondering what brings me back to Sam's? It turns out you and Costco are a lot like the Republicans and Democrats right now. It isn't that you (or the Republicans) have done anything to attract me or my support... it is simply that Costco (or the Democrats) turns out to be a worse choice. You see, they published their November volume of “The Costco Connection” magazine with a surprisingly sinister picture of Al Gore on the cover – article by Al within, promoting his new book: Our Choice: A Plan to Solve the Climate Crisis.

I've been irritated for years with the both of you for not selling incandescent light bulbs. Having been a global warming skeptic from the beginning, I found it insulting that the places where I like to shop “in-bulk” and where I pay for a membership to shop “in-bulk”, I couldn't “bulk-up” my incandescent light bulb supply before the AGW hysterics outlaw them in 2014. Luckily Wal-mart sells them cheap. While you all are huddled shivering in your organically grown cotton blankets trying to read Our Choice by the buzzy blue light of your compact fluorescent bulbs, I'll be enjoying Man's Search for Meaning next to the warmth and light of my good old fashioned incandescents. I don't need a computer model to predict which of us will be enjoying life more.

Don't get me wrong. I'm a free-market capitalist through and through. I believe deeply in Costco's right to sell Gore's book and I'm betting Sam's will sell it too. I also believe Gore has the right to enrich himself by selling as many of his fear-mongering, manipulative and fraudulent books as possible to as many of the gullible who will buy them. I also believe deeply in freedom of religion, so I don't wish to keep Costco or anyone else from believing in discredited “science.” The problem comes when Gore, in collusion with Costco's marketing machinations, gets to promote destructive policies which directly affect me and the country I love ... like Cap and Trade, Gore's carbon indulgence dream come true... and the banning of incandescent light bulbs. That's when I choose to exercise my free-market right to cancel my Costco membership.

If you'll indulge me a moment longer, I'd like to offer a little constructive criticism. You can learn something from Costco about managing your check-outs. The best managers with whom I've worked were the ones “on the floor.” They knew what was happening at every moment and could make corrections real-time. You need to implement a policy like this. There are also several products I'd like to recommend to you: Del Monte canned apricots in jars (they're pretty on the shelf and delicious to eat); Jack's Special salsa; pea pods – not the carrot, broccoli, pea pod mix you currently offer; smaller packages of ground turkey (2.5 pound packages require the buyer to re-package for freezing); similarly, whole boneless skinless chicken breasts packaged individually, but sold in bundles of eight or ten; artisan bread; and finally, and most emphatically, milk chocolate covered almonds. Also, I was in a Sam's recently to buy Cheese Nips for my kid's church social and every box was crushed as if the palette had been dropped. Your product presentation is shabby, to put it bluntly. Fix it.

Sure, I've learned I can live without these things. But, I'm a Sam's Club member – why should I have to?

P.S. I can establish my credibility by proving I stopped shopping at Costco immediately upon receiving their Gore magazine, even before the AGW conspiracy was exposed by the whistle-blower who leaked the Hadley CRU emails and computer code.

P.P.S Do you offer a finder's fee for my having discovered a market-niche for Sam's? Of the six or eight women I've shared this with, they all thanked me because they were considering joining Costco and will now continue shopping at Sam's.

Oh my! I am one of those women who considered joining Costco, so glad I did not!
Someone needs to publish this in our local newspapers, and the Sams flyer that comes out....maybe near the door.
Well said in the plus AND the minus.

I'd just discovered Costco in the last year and thought 'what a good girl am I' since I HATE shopping and Costco almost made it feel do-able because I could raid the place and capture large quantities for putative savings and now . . .

This is a great essay WC and PLEASE let us know if you get feed-back from organizational higher-ups.

A great letter like that HAD to get their attention.

WC. On second reading - I'm thinking you may be getting job offers.

Succinct critiques like this have to be rare and frankly - welcomed.

Thanks for the comments, ladies. I've just sent these letters via snail-mail today. I figure SOMEONE has to open the mail and may get a chuckle out of reading it, even if it never gets to the addressees' desk. I'll let you know if I hear anything.

WC, obviously you didn't read the Gore article that you're so critical of. It wasn't about global warming; it was about energy alternatives.
Costco will love the way you've published all of those positives over Sam's-- I bet you've sold dozens of Costco memberships already.

Thanks for your comment, Anonymous - and you are right - I didn't read the article. But, if you read my post, I wasn't criticizing Gore's alternative energy proposals. In all honesty, my intent was to get Sam's to improve, while firing a shot across Costco's bow to let them know they'll be losing customers based on principle. See, I'm willing to acknowledge the *truth* - that Costco is a better store in nearly every way - but, I'm not willing to compromise my principles to overlook Costco's promotion of the AGW conspiracy or its main beneficiary - Al Gore.

And Anonymous, thank you for the compliment! However, I don't think you read my P.P.S or the other comments to my post. I really wasn't exaggerating when I said every woman I've shared this with has decided not to become a Costco member. Also, I don't think my readership is large enough to influence "dozens" one way or another.

See, unlike Al Gore, Prof. Mann, Phil Jones, et al, some of us value *truth* above all else. Even when it hurts. Thanks for stopping by!