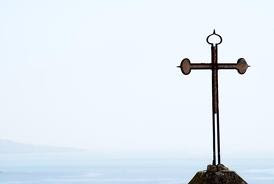 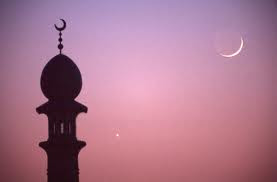 There is no way Barack Obama is a Muslim and I can prove it. He isn't Christian either and I can prove that too. The evidence I'm about to present has nothing to do with where he was born, or the fact that his father was Muslim and therefore he's an apostate subject to execution if not Muslim, or the rumor that he wasn't baptized in Wright's church because, unlike every other denomination of normative Christianity, Wright's United Trinity Church of Christ doesn't require baptism “in the name of the Father, and of the Son and of the Holy Spirit” for membership. And yet, I believe the evidence is obvious and irrefutable. I make the claim that in order for Obama to be either Muslim or Christian, he would have to believe in God - in a higher power to whom he will be held to account - and his position on abortion is incompatible with belief in God.

My assertion is that he's an atheist. Another first for The One... is there no end? He is our first atheist president. The Europeans see this as a major historical milestone for the U.S. because now we're finally as enlightened as they in this regard. My atheist British friends recently explained this to me.

My evidence for his atheism comes from an August 19, 2008 article by Rich Lowry on NRO (Barack Obama, Abortion Extremist):

In 2000, Congress took up legislation to make it clear that infants born alive after abortions are persons under the law. The National Abortion and Reproductive Rights Action League opposed the bill as an assault on Roe, but it passed the House 380-15. Back in the Illinois state Senate in 2001, Obama spoke out against and voted “present” — effectively “no” — on a similar bill, aligning himself with the tiny pro-abortion rump of 15 congressmen.

In 2002, Congress considered the legislation again, this time adding a “neutrality clause” specifying that it didn’t affect Roe one way or another. The bill passed without any dissenting votes in the House or the Senate and was signed into law. In 2003 in Illinois, Obama still opposed a state version of the law. He long claimed that he voted against it because it didn’t have the same “neutrality clause” as the federal version. But the National Right to Life Committee has unearthed documents showing that the Illinois bill was amended to include such a clause, and Obama voted to kill it anyway.

"Obama voted to kill it." Let's be clear on what we're talking about here. In a late-term abortion, the child's body is usually extracted feet-first through, in this case, the ironically-named “birth”-canal, but the head is intentionally left in said "birth"-canal to receive the abortionist's brain-sucking tool and, most importantly, to protect the abortionist from murder charges. If this procedure goes horribly "wrong" and the child escapes the "birth"-canal intact - that is, with its brains still in its head - what to do?

To the average person, and by this I mean the vast majority of even congress-critters, apart from fifteen of them, depending on how you look at it, the child has unintentionally and instantly become a "person" with all constitutional (and some of us would also add "human") rights attendant. But, to Barack Obama, that small person experiencing its first breaths under the bright lights of the abortionists operating room is a deadly threat to a woman's “right to choose.” What to do?

"Obama voted to kill it." Before ever having to answer questions about his “paygrade,” Obama did everything possible during his term in the Illinois legislature to make sure that little person receives no succor. It is Obama's position that the baby should be left unattended to die. Not held. Not comforted. Not fed. Not named. No mercy. No hope. All because the child had the audacity to be born alive.

My grandmother was one of the sweetest merriest gentlest women you'd ever have the good fortune to meet. She was a nurse and at one time played piano in the local silent movie theater. She once picked up a songbird which had struck the window and she deftly snapped its little neck. It was a shock to my sister who witnessed the moment and was only understood by her as mercy many many years later. Not even this kind of humanity - not as much as to a songbird - would Barack Obama offer to the little human survivor.

No, Barack Obama is not Muslim. Nor is he Christian. He's an atheist. I know it the way I know the sun will come up tomorrow.

"Obama voted to kill it." God forgive him... or not. Thy will be done.

Powerful, WC. I think your assessment of the man is, unfortunately for our country, quite accurate.

Indeed....Thy will be done. This man, his team is wicked to the core, there is no way he is a Christ follower or believer.